Local craftsmen shared building traditions that have been passed down the generations.

Miki Anzai 2021年5月28日
コメント
[埋め込む]をクリックすると、あなたのサイトやブログで記事を紹介できます。
This traditional Japanese home stands nestled in a 2⅓ acre grove of trees on a hill on Kashikojima Island in Mie Prefecture – best known outside of Japan as the location of the G7 Ise-Shima Summit. The property overlooks Ago Bay, famous for its traditional pearl diving.

The owners chose to reflect the island’s rich history and the home’s natural surroundings in its construction. The house is mainly made of the wood, soil, and stones gathered in the immediate vicinity. Its supports are constructed of wood recycled from pearl divers’ rafts, connecting the home directly to the heritage of Ago Bay. Guided by a local architect and a construction firm who have passed traditional building techniques down through the generations, owners Kazuhiko and Chizuru Takeuchi and their friends and relatives helped build this home with their own hands.

m5_architecte一級建築士事務所
Chizuru works in the garden while Kazuhiku looks on.

When the Takeuchis first visited this hilltop, a historic building was already standing there. The 85-year old house looked like it was about to be swallowed by its natural surroundings, but Chizuru felt that taking proper care of the land and renovating the building as a historic site would be a huge boon to the local area.

The professionals were inspired by the project. The old residence of the Inoko family, as the renovated building has come to be known, was listed as tangible cultural property in 2018. The team turned it into a sightseeing spot to attract tourists to the area.

So they could be on-site to manage the property, the couple built a home for themselves just to the east of this historic building. It is this home that is the subject of our tour.

m5_architecte一級建築士事務所
The Takeuchi residence rests on stones from the surrounding area. This technique, called ishiba-date, was widely used in temple and shrine construction up to the early modern period. This technique has recently come to be especially prized for its earthquake resistance.

東原建築工房
This was the first time Daichi Higashihara took the reins on a construction project. Here he is pictured adjusting a weight.

The team used the traditional yoitomake technique to pack the ground under the foundation stones. They assembled three logs into a pyramid shape, with a weight – made by the Higashiharas – suspended underneath and controlled by pulleys. The owners and their friends helped assemble and operate the device.

m5_architecte一級建築士事務所
The owners (right) speak with one of the people working on the project.

One of the most prominent features of this house is the so-called scissor truss, with diagonal ikada beams – made out of raft logs of thinned cypress – criss-crossed in a scissor shape to support the ceiling. This kind of structural framework, preferred by architect Antonin Raymond, was also favoured by the Japanese architect Shuichi Tsubata, who studied under Raymond and adopted the technique in his own home.

“When this job was entrusted to me, I looked at Mr and Mrs Takeuchi with their fondness for natural life, and saw Mr and Mrs Tsubata in them. So, I proposed a Raymond-like scissor truss made of ikada beams,” Higashihara says.

As it happens, Chizuru had actually taken a course with the late Shuichi Tsubata herself, and had in fact visited his home. So, the owners were able to take inspiration from the Tusbata house.

m5_architecte一級建築士事務所
As Mutsuura says, “The truss beams were strategically spaced to emphasise their beauty.”

A doma area in the centre of the building separates the living room on the left and the bathroom and combined dining room-kitchen on the right. Doma is the Japanese term for a part of a house with a packed-earth floor; while it is considered impolite to wear shoes inside a home in Japan, they may be worn in this transitional area between inside and out.

The table was made by Mr Takeuchi out of a discarded workbench, with plywood legs he made himself. The stump of one of the logs used in the construction of the house serves as a chair.

m5_architecte一級建築士事務所
Fragments of pearl shells are embedded into the floor. In this way it is reminiscent of the raden technique, in which mother of pearl shells are inserted into lacquerwork. “When I look at it, it’s like I’m in the sea of Shima,” Chizuru says, referring to the neighbouring body of water.

Everything from preparing the soil to carrying in the earth and tamping was done by the whole family working together. The moist earth gets harder and harder the more you pack it – the owners were beating the ground for days.

m5_architecte一級建築士事務所
The walls of the central area are decorated with Chizuru’s etchings and oil paintings.

m5_architecte一級建築士事務所
All of the joinery in the house is recycled. The railway sleepers under the eaves are one example. They were placed by the couple’s grandchildren and their teammates from their junior high baseball team.

m5_architecte一級建築士事務所
Their son’s family also helped lay the gravel that surrounds the house.

m5_architecte一級建築士事務所
As evening sets in, the home’s lights create a magical atmosphere.

m5_architecte一級建築士事務所
The sink surround in the kitchen was also made by Kazuhiko from Japanese cypress that was grown nearby.

m5_architecte一級建築士事務所
Futons are stored behind the folding paper screens, which double as room partitions.

As there are large openings on all sides of the building, it has excellent ventilation.

m5_architecte一級建築士事務所
The living room floor is Japanese umbrella pine. Note the crisp contrast it creates with the smooth vertical pillars.

東原建築工房
The owners also prepared the framework for the clay walls. Thin strips of bamboo are criss-crossed with one another and secured with palm rope. This is then covered in soil. Though their hard work was then plastered over by a local craftsman, they will always have their memories of the process.

More photos: how bamboo mesh is made; clay wall undercoating

東原建築工房
Another thing the owners did entirely by themselves was gather rice husks and turn them into charcoal for insulation. They smoked a large supply of rice husks in drums, stuffed the resulting charcoal into 400-gram bags, and then spread it under the floor.

m5_architecte一級建築士事務所
The Takeuchi residence is saturated with the feeling of relaxation and forges a deep connection with the surrounding natural landscape.

m5_architecte一級建築士事務所
The cover of the outdoor unit, seen on the left in the photo, was also made by Kazuhiko.

After the construction had been completed, Kazuhiko used leftover wood to make a cover for the air conditioning unit outside.

This home, made possible through the owners’ own hard work, is named Inoco (the small garden of Shima). Here, the owners can celebrate their connection to the nature and the history of this special place.


Tell us:
What did you think of this home?
コメント 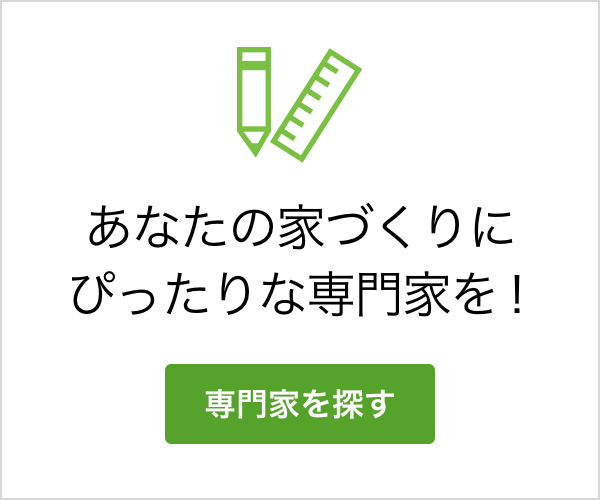